I have taken a lot of landscape and nature photos and sold a few of those as prints. Nevertheless my stock collection of birds is really weak when it comes to eagles. So I have written down on my computer notes and in my notebook the following “MORE EAGLE PHOTOS”. A few weeks back, driving in the car I saw on the side of the road an eagle sitting on top of a rather tall tree. I started to drive on when I remembered my note “MORE EAGLE PHOTOS.” So I turned the car around, parked it, and tried to get a good photo with the Nikon D500 and Nikon’s Nikkor 200 to 500 lens. Considering my physical health. I did fair. While for now it is a keeper hopefully soon I will have a lot better photos of the Bald Headed Eagle and this one will only be seen in my accomplishments notebook. Note to myself: this proves you should always have a camera within arms reach. Also proves that because you can’t always …

Have a lot to show and tell. I’ll be posting within the next few days. Doing good. Hope you will enjoy. Craig L. Getchius

Well, have you ever been a passenger in a car and while riding along you felt total boredom. Yep, recently that happened to me. So I grabbed my Nikon D500, rolled down the window and started shooting at various shutter speeds. The slower the shutter speed the more sense of movement is shown in the photo. Yet when the shadow of your car is captured in the photo it is relatively sharp in comparison to the rest of the photo. This is panning in reverse instead of moving the camera, your camera is still yet moving at the same speed as the car. You can create a lot of cool effects doing this. Both the photo above and below where taken from a moving car with the camera’s shutter speed at 1/8 of a second. The car was moving much faster in the black and white photo in comparison to the color photo. Give it a try sometime, it is fun.

It has been over a month since I have had the pleasure of visiting Rocky Mountain Park. That is a rarity for me. The last time I visited the aspens were putting on a show with their fall foliage. Now all that fall splendor is gone. The mountains are once again snow capped. The trees have lost their leaves. In the lower levels of the park I came across smattering of snow on the ground. Not much accumulation. Just a nice dusting of snow. This morning the clouds blanketed the park. The temperature was in the upper thirties. Yes it was gray and bleak. Which was totally fantastic. I love overcast lighting. It brings drama to my photographs. I was climbing around on rocks trying to get this next photo. It is a typical tourist pull off that for years I have been trying to create something different and interesting. This morning I used my Nikon D800, with my widest lens and used fill in flash to capture the above image and the image just …

A Simple Stuck At Home Photo Project.Macro photography is not my forte and yes, this photo is rather cliche. Nevertheless...April 28, 2020

Stuck At Home, Keeping Your Photography Skills SharpOn Instagram the photographer Joe McNally, posted a wonderful idea of how to keep...April 12, 2020

RAW and JEPG – Just A Friendly ReminderPlease note that I started creating this post over a year ago. That was...March 27, 2020 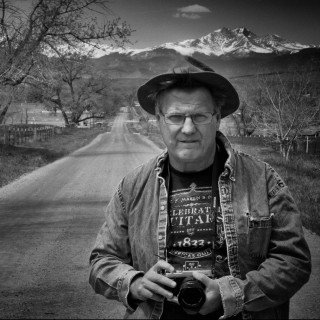 A member of CLG Photography team