Going through some old video files and came across these two video files. They were created a few years back while I was enjoying the back roads of Iowa. It was such a relaxing time.

Video was created with the Nikon D500 on a tripod. Hope this uploads correctly and hope you enjoy. ✌️Peace, Love and Victory – CLG

I learned my photography with the help of Kodak Film. Black and white photos came to life in my basement using Kodak chemicals. When shooting color I would use Kodachrome 25 or 64. I have fond memories of those days. I was discovering and  learning. And darn it taking a pic with film, developing the film, then creating a contact strip and finally an enlargement, fills one with great satisfaction and accomplishment. Doing that work is tedious, yet awarding.

In the days of film there was no instant gratification and boy, you really had to know the craft of photography. Mistakes were permanent and rarely did you have the opportunity to go back and retake the moment. I had to nail the photo and when it was all finished and I had created what what I had visualized the print to be, I would experience a creative high that would last for days. Today in the digital world I don’t experience that euphoria. It is all instant gratification and the feeling of happiness of nailing the photo is short lived.

Yesterday, I was thinking about all that while driving out of Rocky Mountain National Park. Photographically the day had been a waste. I had taken about a hundred pics that I knew were totally worthless.

I had already download the pics on my iPad and one after the other ended with delete. There was a few I kept hoping that with a second look I would discover something worthwhile in them that I had previously overlooked. Basically I just didn’t want to admit that on this day I had failed as a photographer.

As I got closer to the exit of the park I noticed in the distant four wild turkeys. What the heck, I pulled the car off the side of the road, grabbed my Nikon D500 which had attached to it a Nikkor 200 to 500mm zoom lens.

I jumped out of the car and looked for a clear view of the turkeys. They were about thirty yards away. There was no time to set up a tripod. I would have to steady the heavy lens and camera all on my own. Vibration Reduction was on. I quickly changed the focusing to 3D put the camera up to my eye and started shooting. I took about fifteen close up photos of the turkeys before they were out of view. About forty percent of the photos were okay sharp and about sixty percent of the photos were razor sharp. Amazing, I could never have accomplished this during my film days. Camera would have had to been on a tripod. I would have been more selective with the shutter release because each snap cost money. Plus the turkeys were moving quickly and sporadically so it is doubtfull that my manual focus would have kept up with them. I would of had maybe one or two photos in focus. 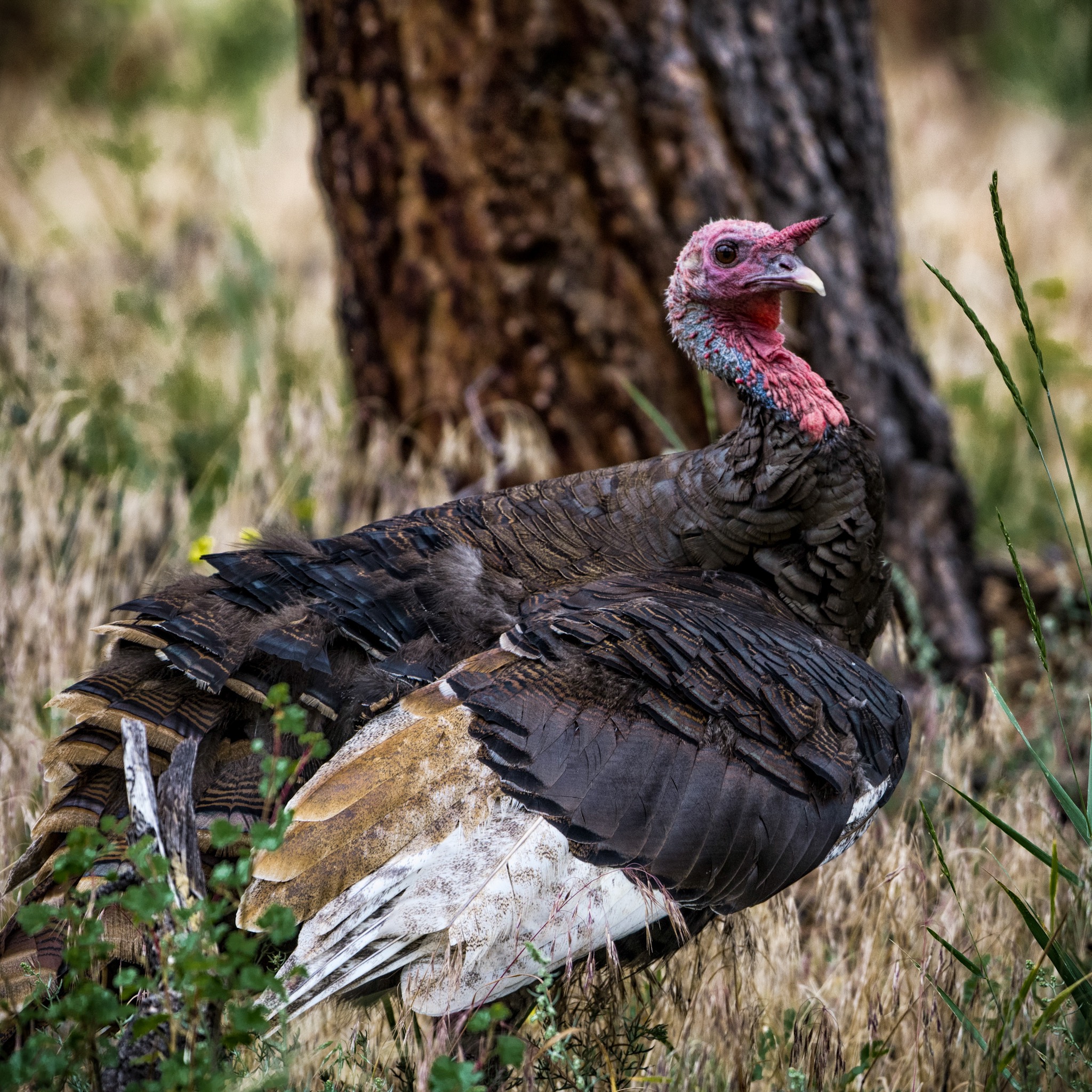 Note: the close up  of the Turkey’s profile is what I consider barely sharp.

Then I noticed some wildflowers to the left of where the turkeys had previous been. So for the fun of it I took a couple of snapshots of them. A couple of snaps ended up being about fifteen pics. Again even with a gentle wind swaying the flowers most of my pics were sharp. If I had been shooting film it is doubtful that I would have taken more than one photo of the flowers. As it ends up the flower photos were my favorite photos of the day and I consider them keepers.

Yep, once I got back to the car I quickly download the captures onto my iPad. I edited one flower pic and uploaded it to Instagram. On the iPad the pics I figure were good I copied into Lightroom. When I got home those same pictures were already downloaded into Lightroom on my computer. Now I can study them even more and possibly create something special.

Yes, instant gratification can be rewarding.

Talk about bad timing, I am about to write how to spice up your fireworks photography and it is about two weeks after the Fourth of July. Oh well, I am not in the practice of photographing fireworks so I didn’t have the photos to complement this article. This 4th of July a did a little photography during the fireworks show at Timnath, Colorado.  Now I have photos to share. So lets see if I can give you some ideas for next years fireworks photos.

If you have been serious about photography for more than a month most likely you know the tried and true method to get pics like this one:

It is a pretty and standard fireworks photo. Here are the specs: ISO 100, F-Stop 9.0, Exposure 6.2 seconds, lens a 16 to 80mm at 22mm. Camera on a sturdy tripod with a cable release. Of course all these setting were set in manual mode and the focus was also set manually to infinity.

Nice pretty picture. Throw a bunch of them in Photoshop and you end up with a fantastic photo that you can make a poster of a fun remembrance. Like this:

That is all find and dandy. In fact such fireworks photos make fantastic images and prints. Still at the time of the shooting there is more that you can do that can create some visually stunning and different images; Like this one:

You can also wiggle the lens for an interesting effect or wiggle and zoom. Here are a few more examples of the zoom effect: 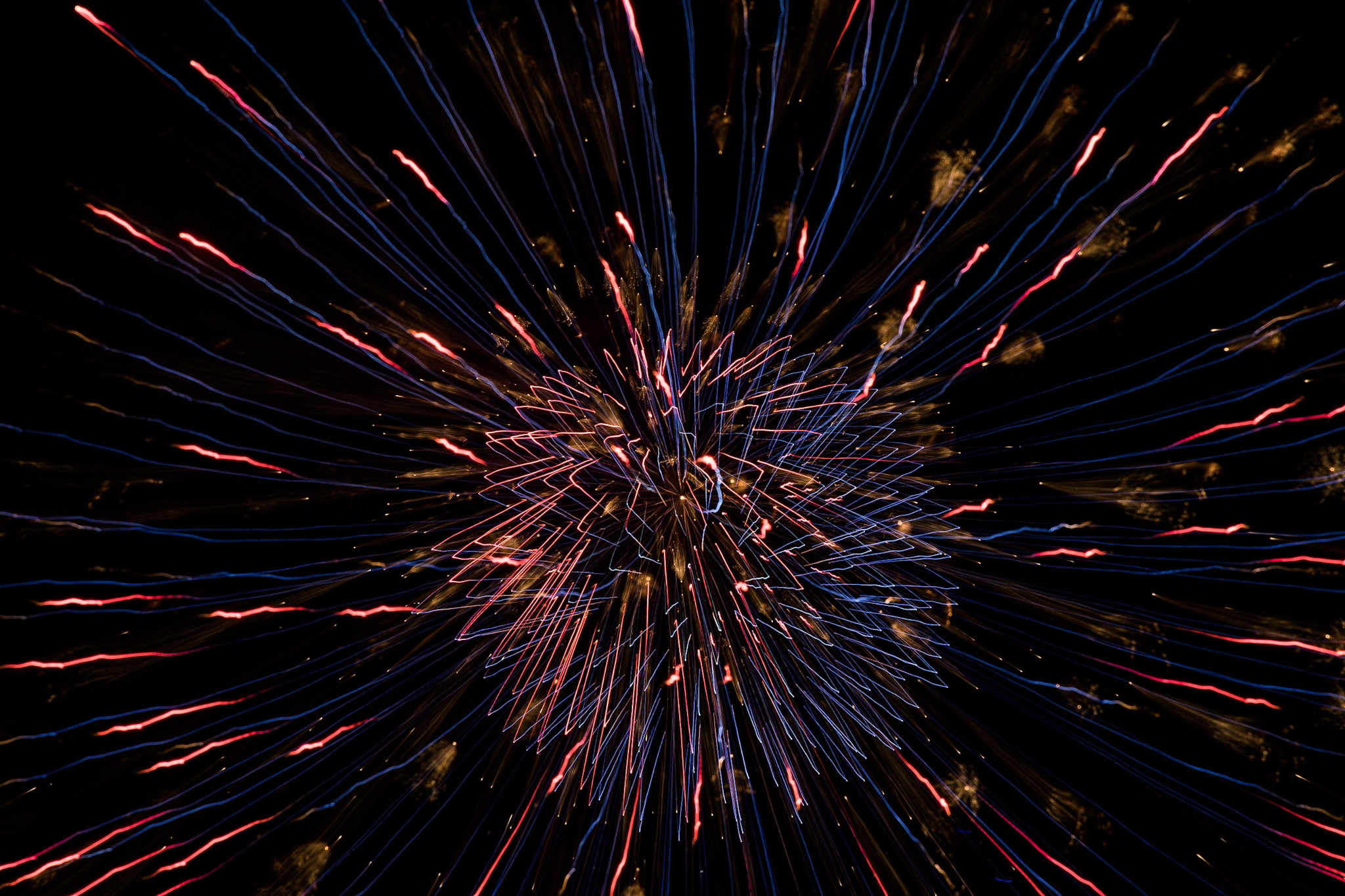 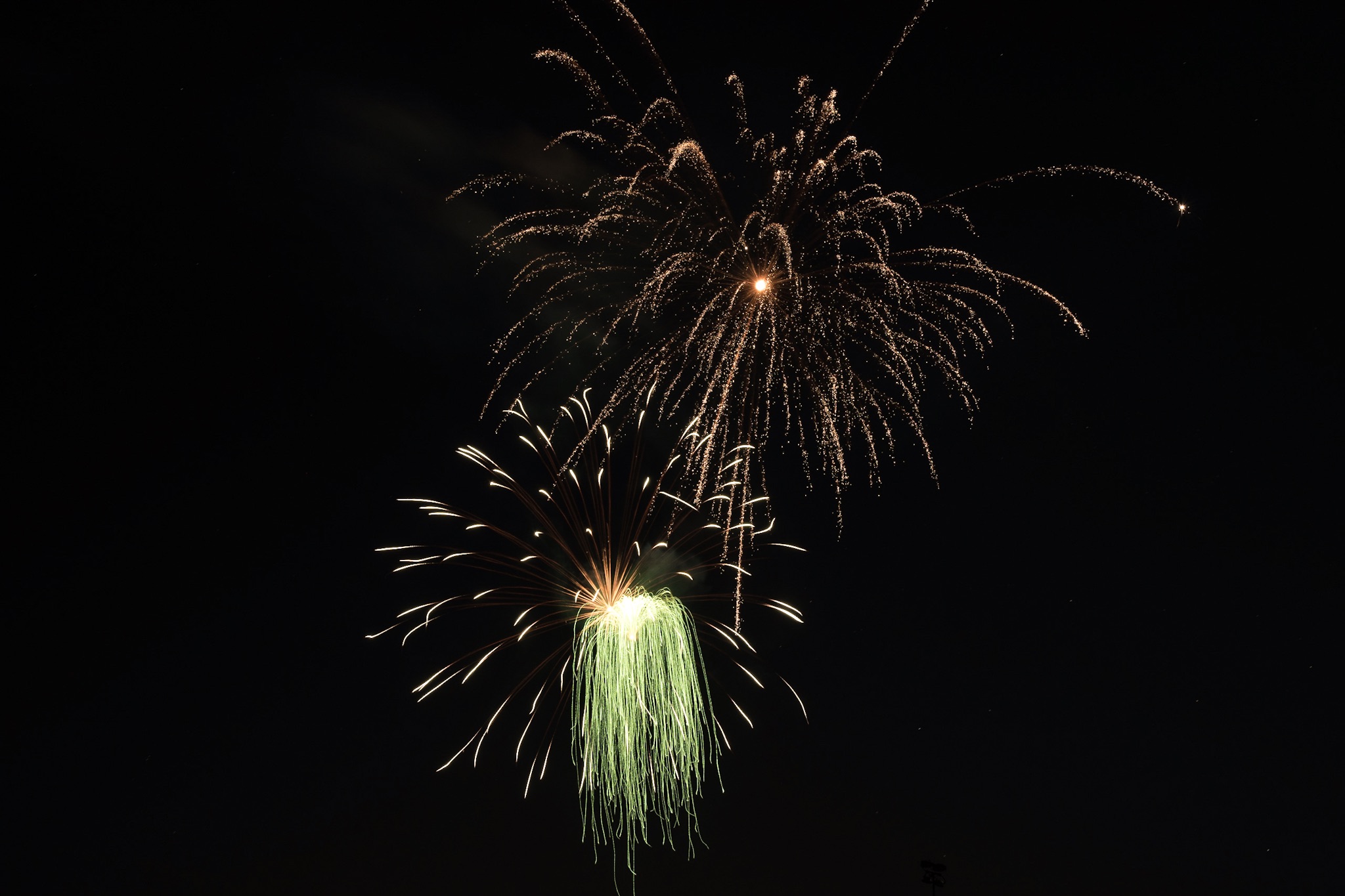 I think now you get the idea just how easy it is to be creative with your camera when photographing fireworks. Back in the day of film we would do this sort of things and then have to wait a few days for the film to be processed to see if we were successful. Sometimes we were really disappointed. With digital cameras you have instant review so you know right away if what you are doing is successful or not. So next time when at a fireworks show be creative with a couple of shutter releases. It could be very rewarding. 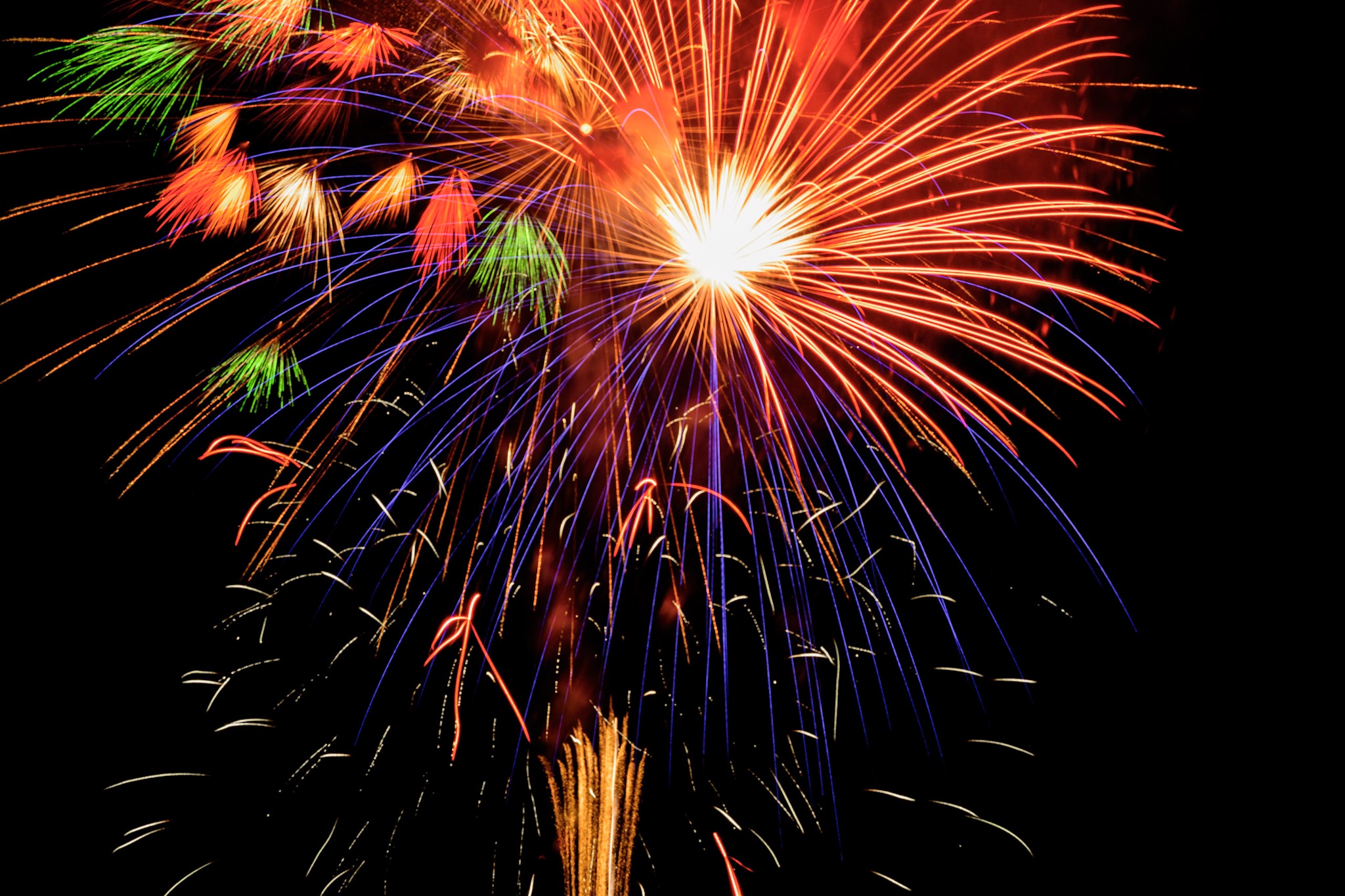 Thanks for stopping by my blog. Photographer: C. L. Getchius For more info on camera setting click here.